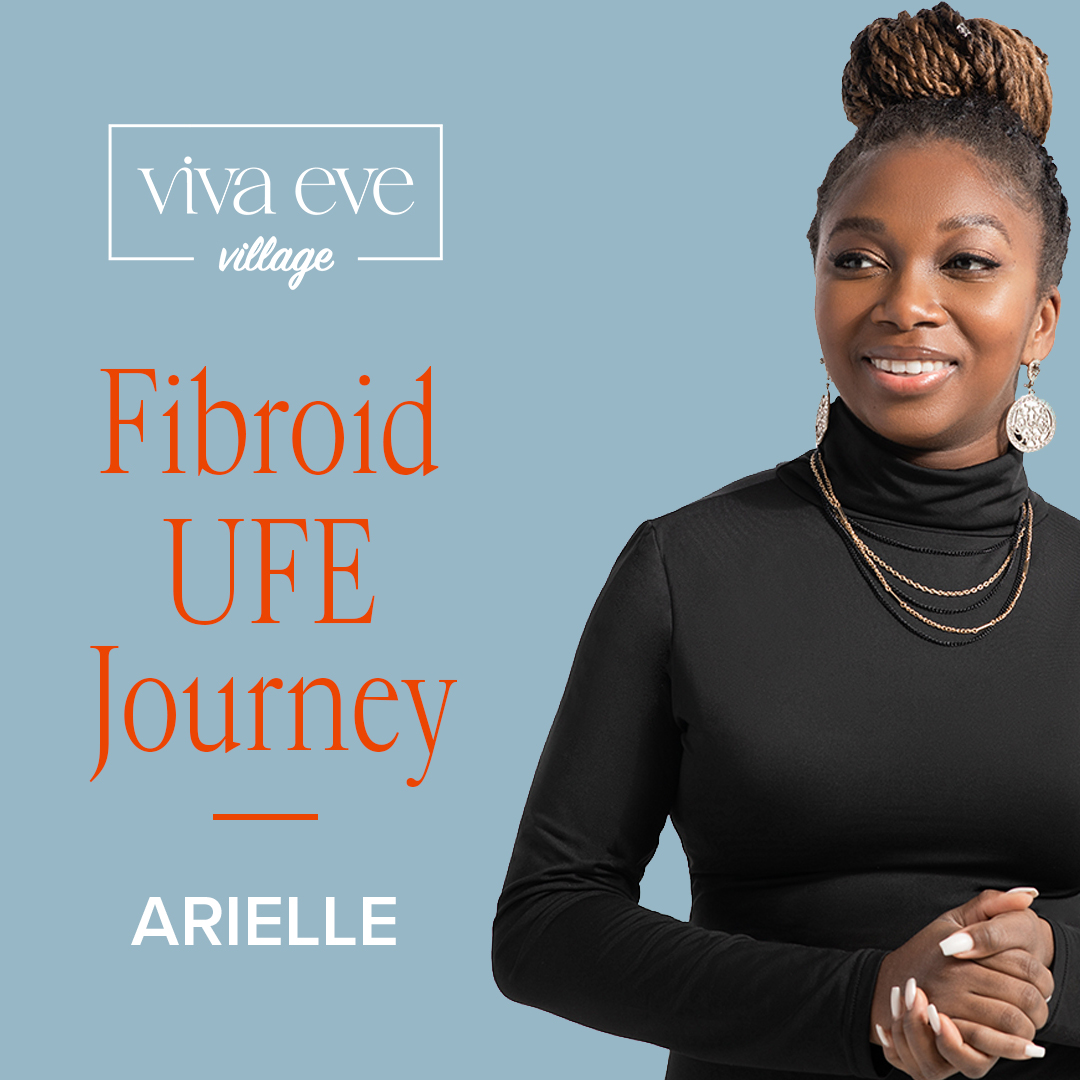 Arielle Hill is our first Viva Eve Village Patient Ambassador! An Alabama-native, Arielle moved to New York City in 2013 to pursue her dreams of being a singer. She had always struggled with painful periods and heavy bleeding, but managed life around her cycles – until new symptoms popped up. Here is her story – and what she advises other women to do who are in the same position.

“As a person of fitness, living an active lifestyle has always been important to me. Growing up, I participated in track, basketball, and volleyball throughout high school and college – despite struggling with painful, heavy periods for as long as I can remember.

At the age of 25, I decided to move from Alabama to NYC to focus on building my platform as a singer. When I was 28, I began experiencing new symptoms. My abdomen became bloated, swollen and firm to the touch, and I began to feel burning in my stomach whenever I did crunches.

Finding answers about what was happening to my body was difficult. Navigating the journey with different doctors was confusing, and it was hard to get an MRI without a referral.

After four doctors and multiple visits, I was finally diagnosed with fibroids.  The doctor did an emergency scan right away and the scan revealed that I had five fibroids, all located on the outside of my uterus.

With this new diagnosis, I started to search specifically for a team of specialists who were experts in treating fibroids – and that led me to Viva Eve. From the first consultation, my experience with Viva Eve was comforting. All the doctors I spoke to were knowledgeable and caring.

Throughout the process of learning all my options and being educated on my specific case, I was so relieved that I didn’t have to have a hysterectomy. I was only 28 and still wanted to have children in the future. I found out that a myomectomy wouldn’t have been effective given the locations of my fibroids, so I decided to go with the Uterine Fibroid Embolization (UFE) procedure. I liked that it was a same-day procedure and I didn’t have to stay overnight in a hospital.

I prepared for everything with my mom being there and made sure that I didn’t have any work commitments booked so I could recuperate. The procedure was painless but the recovery was painful, even with the medication I was given. However, after three or four days, I began to feel better.

By my third cycle, I began noticing symptom improvement. Now, I experience lighter, more tolerable periods with less pain. Without a doubt, my lifestyle has changed for the better. My appearance has returned to normal, and I’m able to work out without pain and pressure. I can jet set, book shows, film, and be on the go.

Now that the majority of fibroids have been removed, the symptoms are so much better.  But I still have 1 large fibroid remaining – and the doctors have told me it’s not uncommon to need multiple UFE procedures.  I’m considering a second UFE procedure not only to reduce the pressure the fibroids puts on my uterus, but also because I was informed it affects fertility.

I’m vocal about my fibroid journey because fibroids are too common and are nothing to be embarrassed about. I want to destigmatize fibroids and raise awareness that it is highly OK to talk about fibroids. You could even help the next person.”

How Often are Uterine Fibroids Cancerous?