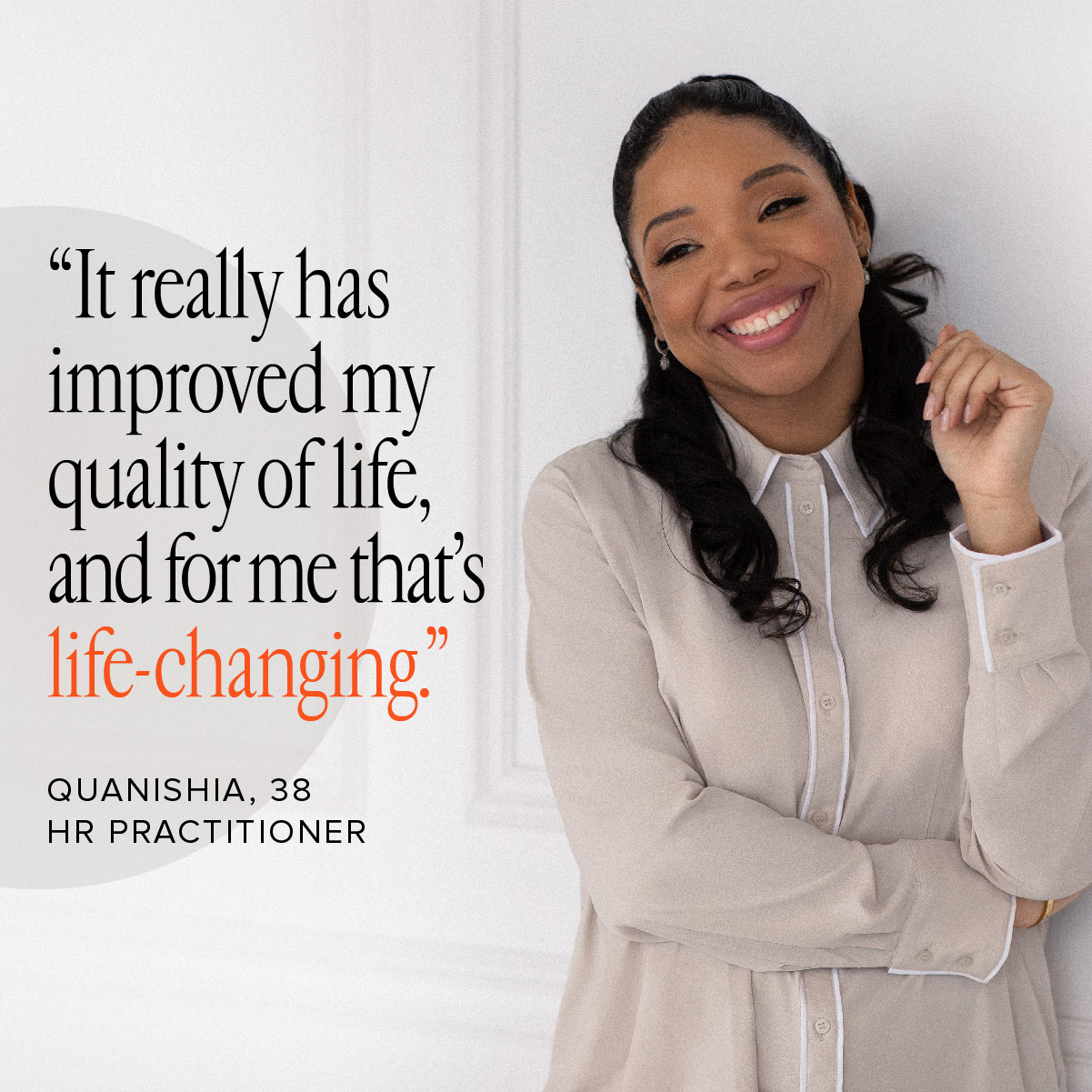 Meet Quanishia – a 38-year old HR Practitioner and mom whose fibroid journey began long before she was diagnosed – Quanishia estimates that she suffered with worsening symptoms for 7 years before seeking treatment.

While experiencing extraordinarily heavy periods for several years, Quanishia finally became severely anemic and had to have weekly blood infusions. She had bad cramps, leg cramping, back pain, significant bloating, and weight gain – but the heavy bleeding was the worst of her symptoms.

“Before my period was actually quite debilitating, to the point where I couldn’t even commute to work because I would bleed through my clothing. I had to request reasonable accommodation every time I got my period so I could work from home.”

She didn’t know immediately what was wrong, but eventually insisted to her primary care physician that something was off. Her physician referred her to Viva Eve in 2019, where she discovered that she had fibroids.

“Nowadays, healthcare can feel very transactional, and almost like an assembly line approach – and I did not feel that when I came to Viva Eve. It just always feels very welcoming and not like a typical doctor’s office.’”

Quanishia chose to do the minimally invasive UFE procedure – a nonsurgical alternative to myomectomy, hysterectomy, and hormonal treatment. Quanishia’s condition led her to do a repeat procedure as well. “Because I had fibroids in multiple areas, the first time helped, but it required a second time to get all the positions in the rather difficult spots.”

“Before I would have to wear two overnight pads plus a super tampon, and I would go through them in 30 minutes. Now I can can go out, I can wear white jeans, I can do things with my daughter. I can jump into a taxi and not worry abut bleeding through my clothes. There was just so much I had to worry about before and I just don’t have those same concerns anymore.”

Can Sex and Fibroids Coexist?